I Needed This Today

My Wife's Got Skillz

I know it may be hard to believe but this is an original rendering of the famous American landmark, Mount Rushmore, done by my wife on a dry erase board that is mysteriously fastened to the back of our office door. 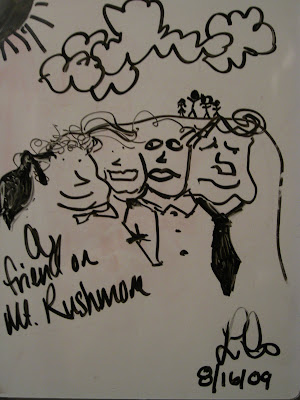 ...and Yes, that is a walrus climbing up the left side of the mountain, trying to reach who I can only assume is the cast of It's Always Sunny In Philadelphia up top there, minus Dennis. He would've stayed at the bottom. Other than that she's pretty dead on, except for choosing to go for more of the jovial expressions on all but Lincoln's face (I wonder what he's down about) and then of course the addition of clothes when in reality the only to one to show any attire is George Washington, who did not in fact also have a jheri curl, but I guess we don't really know what was going on underneath those powdered wigs so... good job, baby!

And she signed it.
Posted by Travis at 10:40 AM No comments:
Labels: art, funny, Laura

Posted by Travis at 9:25 AM No comments:
Labels: music, performance, video

We had a football game last Friday. Probably my least favorite aspect of teaching HS, but Laura's new position there is partly that of a supervisory role during performances which includes these games. Painful to say the least. Rich took this photo of me keeping my distance during the proceedings.

The girls actually had a good run. I was told later on that I told them it was a fluke, but for tonight they should be satisfied. Why give them false hopes? The new uniforms look good tho, I think.

Laura likes football games more than I do.

Don't they look battle ready? Are you scared?

Posted by Travis at 7:05 AM No comments:
Labels: colorguard, football, Laura, Roxbury

I've gone & started a new blog. Don't get all worked up about it. It's alot simpler and less time consuming than this here blog-O. It's purpose is strictly that of collecting photos that tickle my fancy but can't really find a reason to put them on here.

It's a photo blog, yeah. No yammering on like I do and am right now. Just photos. All of them taken by me, or of me, but mostly by me. Maybe a few by Laura. I would say that 99% of the photos were taken by me. Yeah. 99.5%. I update it every couple of days, but I usually throw bunches up at a time. Only had it for a week or so now, but I wanted to get a good collection on there before I brought it up, so you had something to look at.

Anyhow, for now the blog is called ƸӜƷ, mainly because I couldn't think of anything else important of unimportant enough to name it, so there ya go. Go check it out. Let me know if you do. Or don't. But do. If you don't.

This makes me excited to rake leaves, collect firewood, eat soup & get a dog. 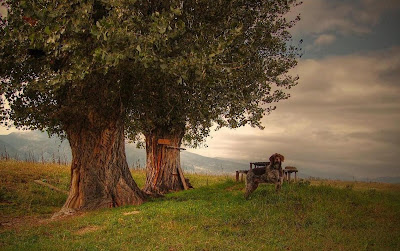 I won't be doing one of those things this fall.
Posted by Travis at 5:32 PM No comments:
Labels: fall, photography

Here we go. Pitchfork has decided to tell everyone what the top 200 albums of the decade are/were. I think it's a little early since we still have 3 full months of album releases left in 2009, but hey, why let some logistics like that get in your way. By week's end they'll have announced the worlds favorite and that will be that. 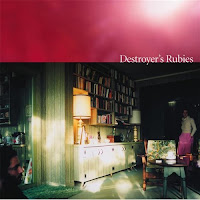 Honestly I admire them for their courage. I have enough trouble thinking in years, but they're doing a whole decade. With the exception of a few of the [c]rappier releases, I betcha I have them all.

The Search For Glen Onoko

Dani & Vic stayed at our place Sunday night before returning home, newly wed, so we decided to give them a little adventure they could bring home and tell all their friends about. We tried to anyways.

Glen Onoko falls is the chosen destination. A little investigating told us that it's a lovely 75 foot drop in Jim Thorpe that lies deep in the woods and offers an intimate spot for picnicking and photos oppurtnities but that they can only be reached by way of a "rugged hike" over "treacherous obstacles" that are "not recommended for inexperience hikers". Sounds good to me. Let's go!

We thought we'd stop by "our" waterfall first, to get them broken in for the hike ahead. It's kind of hard to believe that this really does lie just off the road by our house, but is mostly unknown about by locals, and everyone we bring here is surprised by the spot. It's ours. You can't have it.

It's higher than it looks.

Watch your step. This rock path is new.

The climb back up is not as fun.

Missed the jump, but you get the idea.

Broken in. From there we made the rek to Jim Thorpe and found the trail entrance pretty easily.

From there it was all downhill. No pun intended. We quickly came to a crossroads and we had to decide which way to go. We attempted to consult a map, but instead of actually using it, we just posed with it for a quick photo op and then foolishly put it away.

I'll try to sum up the next two hours of our lives in one word: Lost. It was a great time (had by me & Vic at least) climbing thru pricker bushes & ascending some pretty serious summits, but we quickly realized that we were in no way, shape or form on anything that even closely resembled a path. But we pressed on, thinking a neatly worn out strip of hiking road would be just over that next rock. It wasn't.

This is where we probably should have turned back.

Phew, I spotted my wife.
We managed to reach the top of the mountain, or the equivalent of the top for us, enjoying a short break to catch our breath and rehydrate and mostly just take in the view and discuss the descent.

Vic realizing we have just climbed the wrong mountain.

I'm not bothered. The view is spectacular.

That is not happy to see me.

Yes, we did climb all the way to Heaven.
At that point we knew going back down was going to be much more difficult. And it was. Especially since Laura had a bum knee from the wedding (danced too hard) and all of us had much less energy than when we began the climb up.

So far so good.

Laura and prickly branches are not friends.
You'll be glad to know we made it down safe and sound, obviously, and started heading back to the car, feeling defeated. That's when Vic spotted the actual trail, marked by red dots spray painted on the trees along the way. Awesome. Why couldn't we find those 2 hours ago. Dani & Vic decided to trudge on, may be the only chance they get, but since Laura's knee was bothering her, she & I decided to explore the lowlands. Smart choice I think. We'll come back sometime.

I gave Vic & Danielle the camera so that if they were to stumble upon the great Glen Onoko falls they'd have photographic evidence, and good thing I did, because they did.

The great and glorious falls of Glen Onoko!!

Or not.
They got this far and decided to fill up the water bottles and head back down. I have a feeling they were hungry and had had enough.

We made it to downtown Jim Thorpe around 5 o'clock, just as all the shops were closing. All except one.

The Country Cottage, home of the blue ribbon pickle!

They had buttons for sale.

And lots of pickles...

Which we bought and ate in the street.

Not a big pickle fan but damn these were good pickles.

And Laura stole a flower from them.

Starving, we hit the main drag Mexican place, who had delicious flautas & enchiladas but seemed to be in the midst of a chip & salsa shortage.

That left one last thing to do in Jim Thorpe...

We never found Glen Onoko. Perhaps that's another adventure for another day.

[Laura recommended a song to accompany this post, but I just don't have it in my collection, but it was "Don't go chasing waterfalls, just stick to the rivers and the lakes blah blah blah blah". Good choice hun.]
Posted by Travis at 1:07 PM No comments:
Labels: Danielle, food, hiking, Jim Thorpe, Laura, mountains, Travis, Vic, waterfall

Lost In The Static Of The Sand

just in case you couldn't hear the full song in the post below...
I know sometimes it only shows a 30 second clip
I'm on it
for now you get this still photo
but at least it's the full song

Avon By Way Of Belmar

I've never been one for the beach. Maybe it's my urgent fear of sharks or my unsightly toenails. Maybe I just don't like sand in my crevasses. Whatever it is, I've spent over a decade avoided the beach at all costs. But last weekend I attended a wedding there (didn't know if you heard) and actually really enjoyed myself. I thought I'd post some beach town photos from this summer along with this glorious new track off the Le Loup album that I've listened to 6 times already this morning before 7am.