Gettin' By On Central Time

uhm, did I really love listening to an album by a dude named Pokey LaFarge today?

Posted by Travis at 10:27 PM No comments:
Labels: dance, So You Think You Can Dance, video, Yuula

I Still Wish To Go To The Festival

Somewhere in the annals of my photographic records, amongst the early guard, late middle school, height of pubescence I have a photo of a massive leg hanging over the side of a Broadway theatre, which at the time I assumed would be the most amazing photo I would ever take. Followed by my first big city purchase, ooh a soundtrack on laserdisc. I would later learn every song and navigate every twisted storyline to perfection. It may say something about my childhood that while none of the classic fairytales much appealed to my sense of wonder, but take those same characters and add sex, betrayal, and murder and NOW we're talking.

But now I find out that there are forces at work turning this dark little lovely into a full length feature film. Don't think Les Mis. Think more Rent. Hopefully they find a middle ground. But I did hear that Meryl Streep signed on, so how bad could it really be, I mean reeeeeaaaaally be? I'm kinda pulling for Bernadette Peters to reprise the role as the Wicked Witch, but I'm not getting my hopes up.

And on a side note, I always thought the guy who played The Baker was Cousin Larry from Perfect Strangers.
Posted by Travis at 10:24 PM No comments:
Labels: adaptation, awesome, Bernadette Peters, broadway, film, Into The Woods, Meryl Streep, nostalgia, theater

Not much goings on. We're trying to lay low. There's going to be a lot of that coming up here, for the rest of the year. Priority numero uno, finish the upstairs remodel. I am under strict orders, that I have til February 8th, a seemingly trivial date, but it's not. I'm thinking I'd like to shoot for a nice Christmas completion, maybe some wallpaper and stain under the tree. Maybe that massive corner lamp we saw at IKEA. And some records.

But we're looking at lights right now. We need three. Three completely different lights, but all falling within 12 feet of one another, so not that different. And I'll be damned if there isn't 8 kazillion to choose from. That's one thing we're fairly terrible at, is narrowing down the choices.

A Huntsman Or A Player

I finally pieced together this whole movie, which winds a lovely little tale of Sixto Rodriguez. If you have no idea, then you should take a watch, because having no idea who Rodriguez was is kind of the point of the whole film. 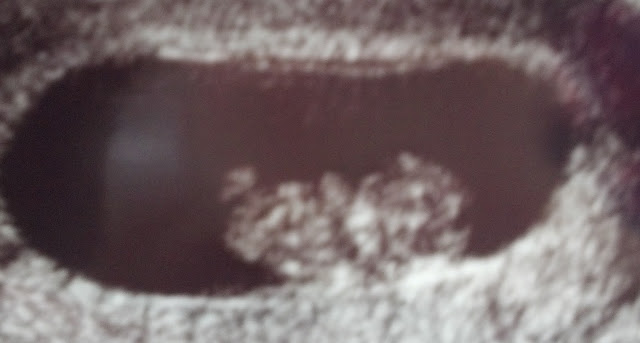 due 2/8/14
Posted by Travis at 8:13 AM No comments:
Labels: amazing, baby, excited, Laura, life-changing, pregnant

I See A IKEA, She Pee At IKEA

Due to both a need for a slight break from physical labor, rain, and looking for a creative surge for upcoming home improvements, we made the trip to Conshohocken to play in the mazes of IKEA.

I posted this painting on facebook, so people thought I was hanging with Indiana Jones.

As a side note, yesterday was the first day we ventured far from home without diapers. She killed it. I haven't changed diapers in over a week. Another milestone, and the one that will allow her to make a big step towards maybe some dance classes this fall.

Maybe we've already set it up...

I'm just glad I get at least 6 months off from wiping butts
Posted by Travis at 9:52 AM No comments:
Labels: IKEA, milestone, potty training, Yuula

Quesadillas With The Trunks

Had the Trunks over for quesadillas Saturday night, and Yuula was dresses to impress

they hadn't had enough of each after last weekend
Posted by Travis at 9:48 AM No comments:
Labels: bbq, Isabella Trunk, playtime, quesadillas, the Trunks, video, Yuula

Who loves to shop?

Too bad the only grocery with these little carts has little incentive to actually shop there
Posted by Travis at 9:44 AM No comments:
Labels: cart, dancing, grocery, Price Chopper, Yuula

Things We Made This Weekend

Modeled off a Williams-Sonoma model selling for about $60, mine was made out of scrap materials and what I'm hoping is a lot more love than skill. Used for collecting garden vegetables and easy clean-off.

When a single zucchini makes 6 loaves of this stuff, we better like it. Oh and where's the 6th loaf you ask? Ate it. And as of the time of this post, there are only 4 left.

a table for easy mobilization of plants needing to be watered in the yard and then shielded from woodland creatures
Posted by Travis at 9:40 AM No comments:
Labels: construction, delicious, garden, project, table, vegetables, zucchini bread

Never A Frown With Golden Brown

my kingdom to the person that names the movie this is from...
Posted by Travis at 11:10 PM No comments:
Labels: classic, music, song of the day, The Stranglers, video

Goal for the weekend; catch-up with all the video we shot since our westward road trip. It's slightly unrealistic, but the penalty for failure is literally nothing, so...

Believe it or not, none of us had a single drop of alcohol at that festival. 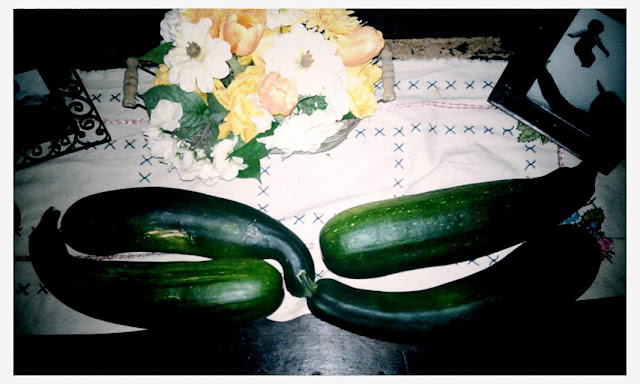 Each one of these is the size of an adult human calf.

Each one makes eight loaves of zucchini-blueberry bread.

Who wants some?
Posted by Travis at 9:15 PM No comments:
Labels: delicious, garden, zucchini, zucchini/blueberry bread

On Ivor The Engine Driver

quick my arse
Posted by Travis at 10:25 PM No comments:
Labels: music, song of the day, The Who

Judee is doing so well with her training. She was off the leash today for a few hours and didn't leave the yard once. We'll need a few more of those before we're ready to let her fly solo tho.

As for the other beast, Yuula is potty trained. We kinda did nothing, but I haven't changed a diaper in a week or so. When we got back from Ga, she pretty much decided she was going for it and now...

She doesn't even bother to tell us sometimes. Just takes care of business and moves on.

Of course every once in a while...

I don't remember if we started out just replacing the stairs or what, but we ended up with a nice little platform extension of the deck that goes into the front yard and down into the rock patio.

We also sheetrocked the entire upstairs and patched the old chimney hole in the floor. Not bad for 30 hours of work.

It is what it sounds like
Posted by Travis at 10:09 PM No comments:
Labels: butterfly, painting, rock, Yuula

But No More To Win

from that crappy move with the Office guy, bad film, great soundtrack
Posted by Travis at 11:47 PM No comments:
Labels: music, song of the day, The Walker Brothers

I've got sooo many videos to upload, going back to the beginning of June, I just haven't found the time.

For now, this was today's action...

We Must Respect The Summer Holidays

We heard halfway thru the day that today was National Ice Cream day.

We dropped everything to obey.

A day for painting princesses

This is a new game

Such As Triple Ginger Snaps

it is a stereotype that is true
Posted by Travis at 11:42 PM No comments:
Labels: Devandra Banhart, Megapuss, music, song of the day, weird

Getting The Hang Of This BFF Thing

We spent a hour or so at the dog park letting Judee blow off some steam and where the girls continues their display of friendom thru food-sharing.

Then they raced Judee and claimed to beat her every time. I'm not arguing with them.

Then a first for them both...

Movie theater! Despicable Me, part deux, and I gotta say there were some good laughs in there. Laura sat next to a creepy old dude there by himself, I took seven 5 minute naps, Isabella sang a song for a while unrelated to anything in the film, and Yuula ate that entire bag of popcorn.

We got home pretty late but the girls wanted more. After some lite dinner fare we got them to de-stem some grapes to freeze for tomorrow. They ate more than we froze.

Then it was time for a dessert: milk & cookies, what else?

It was just enough of a sugar high to give them the energy to squiggle and dance their way thru an episode of Wibbly and then literally pass out.

Ain't In My Favor

I wasn't all that blown away with the first film, but I'll wanna see this one, I suppose. No, I did not read the books, and never will, mostly considering the company they keep. That's not a slam, just an observation. I feel the same way about this story as I did the Matrix; fundamentally great idea but piss poor execution. The Japanese film Battle Royale had way more depth and emotion back in 2000, and that's saying quite a bit.

The day started off simple enough...

picking and eating some fresh snow peas from the garden, a family favorite that we thought we'd share with our little guest

then I made them silly pancakes

apparently, she's got it

but it did feel refreshing as hell

Isabella stayed dry from the safety of a giant boulder... maybe next time